Brazil is home to some of the world’s most beautiful people, so here we admire the list of our favorite hot Brazilian women.

The country of Brazil maintains an international reputation for its sex appeal and high standard of beauty.  From athletes to models to actresses, Brazilian women dominate various categories all around the globe.  These are the 10 sexiest Brazilian women to capture our attention.  If your are traveling to Rio de Janeiro perhaps for the Olympics in 2016 or whatever, continue reading below to learn where are the best places to meet beautiful Brazilian women in Rio de Janeiro.

Unlike many of the hottest Brazilian women, Kéfera Buchmann has extended her influence to the arts.  She’s wildly popular thanks to her Youtube channel, 5inco Minutos, which boasts over 8 million subscribers.  She’s also an actress and writer. Buchmann was named one of the most promising young women in Brazil by Forbes magazine.

Dicker has had big success in print and on the runway.  Her credits read like a who’s who in fashion: Gucci, Saint Laurent, Dolce & Gabbana, Elle, Marie Claire, and Teen Vogue.  She’s captivated the industry with her flirty and youthful look.  Additionally, she’s heavily involved with children’s charities.

Freitas, who hails from Sao Paulo, has made a big name for herself with magazine covers for various international editions of Elle and Harper’s Bazaar.  She’s also appeared in ad campaigns for brands like Custo Barcelona and Report Foortwear.

Zimmerman has been a runway and print staple for several years.  She was discovered at the age of 14 and worked with the legendary Steven Miesel for her first cover shoot. She’s appeared in dozens of campaigns including stints for MAC cosmetics, Christian Dior, and Prada.

Juliana Martins first came to prominence after competing in the popular Elite Model Look competition.  She was billed as the next Cindy Crawford when she was just 13 years old and has gone on to appear in Sports Illustrated and Marie Claire.

Barros is most well-known for her recurring appearances in Sports Illustrated’s swimsuit issue.  In addition to her work there, she’s graced campaigns for Victoria’s Secret, Chanel cosmetics, and Guess?.

Alessandra Ambrosio also first caught our attention as a Victoria’s Secret Angel and was the first official spokesmodel for the brand’s PINK line.  She’s made frequent appearances on People’s Most Beautiful list.  But she’s also used her celebrity to work as an ambassador for the National Multiple Sclerosis Society.

Though she has made significant waves as a model, she’s better known as the gorgeous better half of Matthew McConaughey.  Together, the couple has three children and married in 2012.  Alves is one half of the design team for Muxo handbags and tried her hand at hosting on Bravo’s reality competition, Shear Genius.

Adriana Lima is easily one of the most famous Victoria’s Secret Angels of all time.  She’s walked the lingerie catwalk since 2000, and she’s worked as the face of Maybelline.  She’s currently the spokesperson for Desigual.

Gisele is a renowned global supermodel who rose to prominence in the late 1990s.  However, her reign has continued to this day with highly visible magazine covers and appearances in ad campaigns from major brands like H&M.  She’s the highest paid model in the world and has two children with NFL superstar Tom Brady.

If there were a ranking of places in the world where being single is not the worst-case scenario, Rio certainly appears among the top positions. You cannot say that Rio is a bad place to be alone. With so many options around the city – and a climate that favors partying – it’s almost a privilege to be free in this scenario, full of beaches frequented by beautiful and tanned people, crowded bars and wild nightlife. Single in Rio de Janeiro? Here are a few places that you must visit in order to meet Brazilian women.

Either on Sunday, Monday or Thursday, there are no mistakes. Baixo Gávea is where you will find a great concentration of single women in the South Zone of the city. There, on the sidewalks of Oitis Street, between the Hipódromo and the Brazeiro da Gávea, flirtation is watered by tulips of draft beer.

It’s unanimous. In recent times, this bar became the paradise for flirtation. Frequency is the main attraction: beautiful, funky young people, willing to enjoy the atmosphere of excitement that surrounds the place as soon as the beautiful girls leave the beach and head straight to this bar, staying there until the wee hours. Do you want to score? Friday night is the time!

A tip for the men: women love champagne! And if they like bubbles, this territory of sparkling is the ideal place to go hunting. This house in Botafogo has become one of the perfect destinations to get lucky in Rio’s night life.

This favorite address for gringos visiting the city is a full plate for anyone who wants to flirt with Brazilian women. Forró music, samba and other mixes of Brazilian music makes the dance floor boil. This place is eclectic and it’s perfect for all ages. Friday and Saturday are the perfect days to go there.

The bar of the Pura Vida Hostel in Copacabana is also a point for single guys in Rio. With a medieval style decor, the space hosts live gigs, parties and jazz evenings. The buzz is guaranteed, and it also gives the opportunity to interact with the hostel guests and perhaps something even more interesting.

Other places that are recommended are: Baixo Botafogo, Bukowski, Lemonade, Palaphita Gávea and Bar do Miner. Rio is one of the hottest cities in the world, which makes it almost impossible to be voluntarily single. Flirting is ok during day and night, do it like the cariocas (how locals are called), with humor, guile and irreverence. The cariocas are always open to meet new people. 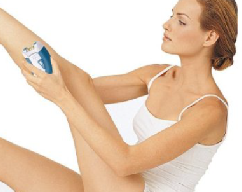 If you are female, you might want to know whether … 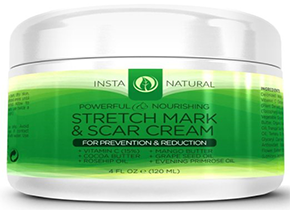 Though the stretch marks may happen under your clothes, and …