The FIFA World Cup, often simply called the World Cup, is an international association football competition contested by the senior men’s national teams of the members of FIFA.

The championship has been awarded every four years since the inaugural tournament in 1930, except in 1942 and 1946 when it was not held because of the Second World War. The current champions are Spain, who won the 2010 tournament in South Africa.

This year, Brazil will be hosting the FIFA World Cup for the second time. This is an international association football tournament that is anticipated over the world. It is attended by hundreds of thousands of fans from all over the world, and is watched by millions as the football games are played live on television.

Each and every World Cup has its own moment, an goal which registers that particular World Cup history. With the ups and downs of the World Cup, here is the list of top 10 the best World Cup goals.

Tennis is an olympic game which is played at all … 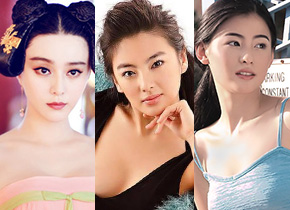 Welcome to the Top 10 Sexiest and Hottest Chinese Actresses …