Home
Education
When should I go travelling?

Despite what your mother may have told you, it’s never too soon to go travelling. Nor is it ever too late. The best time to go travelling is as soon as you can afford to. So break open open that piggy bank, sell that old bomb you call a car or get a loan off your granny. Just get on the road now and remember the age of discovery is never over when you are the discover.

When should I go travelling

When should I go travelling?

In the words of the world’s most famous Burger King customer, it’s now or never. Sure, the money could be better spent getting an education or a new stereo. You’ve probably got important exams coming up or your job’s on the line as well. But believe me, these are mere trifles. As soon as the three Ms marriage, mortgage and midgets come along the only travelling you’ll be doing is down to the 7 eleven to pick up nappies. Go now before it’s too late!

No seriously. How will I know when it’s the right time for me to travel?

A number of factors and events will mystically converge to confirm that you have chosen exactly the right moment to travel. They include:

Ok. That answer when to go. How will I know when it’s time for me to stay somewhere?

A friend of mine would never leave a place until he’d had a good time there. Another friend would not leave a destination until he had learnt something encouraging about the people and their culture. Both are currently stuck in Brisbane.

I would never suggest that you set yourself such stringent criteria on what is in essence such an arbitrary decision. If you’re having a good time stay. If you’ve met someone you fancy and who fancies you stay.

If you’re too buggered to move stay. If the police are closing in on you go.

When should I come home?

The consensus seems to be that you should come home when your money runs out. I don’t necessarily go along with this. For some people that would mean that their holiday is over barely after it has begun. And, as I have already pointed out, for the resourceful traveller, running out of money can be the start of a rewarding and challenging holiday.

Better, I think, to come home when you start getting abusive and hostile towards the symbols of everyday aggravation while travelling the hawkers, the touts, the hotel owners and immigration officials. That is unless the life you’re coming back to is worse than rotting in a Third World jail.

Wherever I go, people tell me I should have been there 20 years ago. Am I too late?

Unfortunately, this is an annoying and unavoidable side-effect of travelling on well-trodden backpacker routes. There is always someone propping up a bar somewhere, going on and on about how this place or that place was so much better 20,15,10 or even 5 year ago.

Take heart from the fact that this tactic is mostly used by ageing backpackers. Unable to party as hard as the ‘young Turks’, they instead try to win their respect by telling tales about days of yore when the accommodation was cheaper, the locals friendlier and the grass more plentiful.

But isn’t that true?

Of course. Bali was once a quaint tropical paradise without an Aussie beer gut in sight. And Europe was quite an affordable destination where a cappuccino was within reach of everyone. But hey, you were probably in nappies at the time. There’s not much you can do about it now, is there?

Should I travel when there is a war, civil disturbance or famine?

Listen to organisations like the US State Department and its various counterparts, and you wouldn’t step outside your front door. Organised tour groups are the same. A small trifle like a civil war or a massacre and they’re out of there faster than a rat up a drain pipe. For the adventurous and enterprising traveller, finding a room suddenly isn’t a problem any more.

That sounds fine in theory, but what’s the reality?

Don’t get me wrong, we’re not talking Cook’s tours here. There are real dangers but there are also real benefits.

For example, I recently visited Dubrovnik in Croatia. Before the current conflict in the former Yugoslavia it was one of the great tourist centres, with the medieval ‘old’ city jammed to bursting point in summer with overweight Germans in bermuda short. Now, apart from the occasional UN convoy en route to Sarajevo, a traveller pretty much has Dubrovnik to himself. And unless the Serbs start shelling the place again, it’s probably safer than some of the less salubrious parts of New York.

It was a similar story in Rwanda. Visiting the mountain gorillas used to be like joining a queue for the toilets at a football match. After a few skirmishes and a bit of insurgency, me and a couple of friends found we had thirty gorillas all to ourselves.

I should point out, however, that this was before the Rwandans started hacking into each other. Visiting trouble spots often involves impeccable timing, polite manners and a terrible lot of luck.

What about travelling when the weather is a little dodgy?

Hey, why not? Extreme climatic conditions can add excitement to the dullest of destinations. Just imagine the joy of weltering in the Gobi desert during a heatwave, the adrenalin rush of huddling under a bed in Brunei during the cyclone season or the sense of accomplishment that comes with surviving at any time of the year in Bangladesh!

Are there any time I shouldn’t go travelling

Of course. If you are about to come into an inheritance that depends on being by the said loved one’s death bed or you are about to sit a supplementary for the exam you just failed, it’s probably a good idea to hang around just a little bit longer. Of course there are also other factors like the weather, the season and availability of flights to take into account. You might want to check out the following Top 10 worst times to travel for more detailed advice. 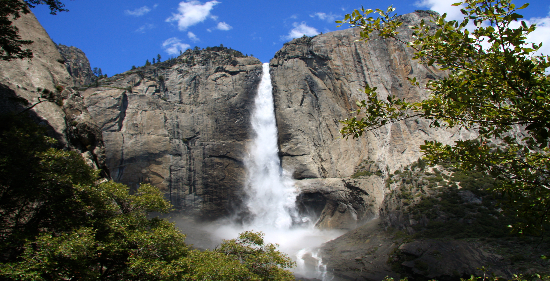 My thirst to see the most beautiful waterfalls in the … 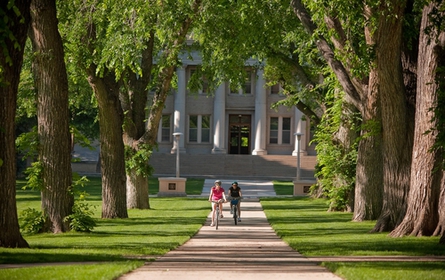 Before, students had to attend classes at the colleges if …