Hackers are the people who exploit the computer system without permission, in the computer security context. They secretly find the information on others’ computer system for some reasons such as profit, challenge, and so on. Hacker holds the negative connotation; they are usually considered as criminals. However, Hackers have an amazing talent. Among all the hackers in the world, there are 10 famous hackers considered as the top hackers in the world.

1. Kevin Mitnick: could obtain information such as user names, passwords and modem phone number by using social engineering since he was 15. He was charged with breaking into Digital Equipment Corporation’s computer system and copying their software in 1988. It led to 12-month-sentence and three years of supervised release. The supervised released was about to end, Mitnick broke into Pacific Bell voice mail computers. Becoming a fugitive for two years and a half, Mitnick accessed into many computer networks, according to U.S Department of Justice. He used cloned mobile phones to hide his location, copied proprietary software of some large telephone and computer companies including Nokia, Fujitsu and Motorola, stole computer password, made alteration of computer network, and read private E-mail. Mitnick was arrested by FBI on February 15, 1995 and was released on January 21, 2000. Mitnick doesn’t like to be called “Hacker” but “a social engineer”. Nowadays, he runs a computer security consultancy called Mitnick Security Consulting LLC.

2. Kevin Poulsen: was notoriously a hacker who hacked all telephone lines and was sure to be 102nd caller to win the prize of a Porsche. He broke into telephone system to reactivate the old numbers, and he also stole the database of Federal Bureau of Investigation. After he appeared on NBC’s Unsolved Mysterious, there were many telephone lines mysteriously crash. Poulsen was arrested to be in prison for five years. After releasing, Poulsen started his new life as a journalist. Now, he works as a senior editor at Weird News.

3. Robert Tappan Morris: After graduating at Cornell University in 1988, Morris created the Morris worm to test the size of internet. The worm disrupted many computer systems, causing million dollars in damage. Morris was arrested and sentenced to three years of probation in December 1990. He got a fined of $10,050 and 400hours of community service. Nowadays, he is a professor at Massachusetts Institute of Technology.

4. Michael Calce: At the age of 15, he notoriously hacked into large commercial websites such as Yahoo, Ebay, Amazon, Dell, CNN and so on. Calce created a project called Rivota which denied any service. As the servers overloaded, it caused computer system to shut down temporarily. This project caused Yahoo to shut down for almost an hour. On September 12, 2001, Calce was sentenced to 8 months to jail, one year of probation, restricted use of internet and a small fine. He would not have got this if he had not boasted in online chat room.

5. David L. Smith: is the creator of highly notorious Melissa worm virus which is an email-aware of Usenet. It was spread by email, becoming the first malware to be transported successfully. Virus might cause $80 million in damages, and later Smith was sentenced to 10 years, serving 20 months and a fine of $5,000.

6. Sven Jaschan: was the writer of Netsky and Sasser worms in 2004. 70 percent of all the malware spreading over the internet at that time was caused by those worms. They caused damages in several companies and institutions. Jaschan, who was just a merely teenager, got a suspended sentence for computer sabotage, three years of probation and 30 hours of community service. Despite of criminal background, Jaschan is a talented person who is wanted by many security computers.

7. Adrian Lamo: Choosing coffee shops, Internet cafés and libraries as his bases for hacking, Lamo was called “A Homeless Hacker”. He broke into computer network and reported to the owner, just to make a challenge and for fun. He also named himself as an expert in the database of the New York Times as he broke into the intranet of it. Such a talented hacker, Lamo was arrest in 2003. He was also well-known after reporting Bradley Manning who leaked the information to Wikileak, causing Manning to 35 years of confinement. Nowadays, Lamo is a computer security consultant.

8. The Masters of Deception: was a group of Elite Hackers who was notorious of exploiting telephone company infrastructure. MoD’s members cooperated to hack RBOC phone switches and the various minicomputers. The biggest claim to fame of them is breaking into AT&T’s computer system, letting them to hack the company’s vast phone network. Later, they was arrested and sentenced to jail.

8. The Masters of Deception

9. Stephen Wozniak: firstly started the hacking career by phreaking phone system. In his studying life at the University of California, he made a device called “blue box” which allowed him and his friends to have long free phone calls. Having an idea for computer, Wozniak along with his friend Steve Jobs formed Apple Computer.

10. Loyd Blankenship: was a member of hacker group-Legion of Doom. He was a well-known hacker as well as a famous writer of “The Hacker Manifesto” or “The Conscience of a Hacker). After he was arrested in 1986, he wrote this book which defends hackers. He said that they did it just to satisfy their curiosity. This book was appeared on Phrack Magazine and led into a 1995 film performed by Angelina Jolie. 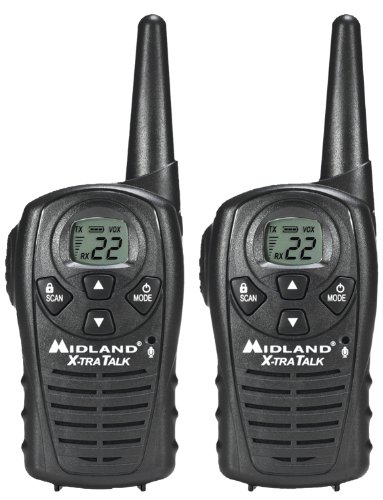 Walkie Talkies: The Midland LXT118 is a 22 Channel GMRS …