Before you move a clutch, you might want to try the fastest motorcycle in the world. At least, you want to feel awesome on one of the most advanced technology. This is not a dream. Now, super motorbikes are being designed by different companies to take a competition for the real king of street. How much do you know about your current motorbike? See the difference your motor cannot make by reading the top 10 fastest motorbikes below.

If you really want to talk about the fastest motorcycles in the world, then you really are talking about the Motorcycle Land Speed Record holders at the Bonneville salt flats. The current record holder is of course Top 1 Ack Attack, yeah baby!

Are you interested in the longer list of fastest motorcycles to break the land speed records on the flats of Bonneville, US?  Then Jump to the section below.

Ducati 1098 is an Italian super motorbike that is equipped with 1099 cc engine to start up around 160 HP. It is not only one of the fastest motorbikes, but its handsome body is intriguing. Especially, Ducati in red color is very handsome fitting all men. You can drive this motor up to 169 mph by the design of four valves per cylinder engine. If you drive Ducati 1098, you will be the king or queen on the way.

BMW K1200 is a kind of super sport motorbike produced by BMW Motorrad. This motor is just 5 mph faster than Ducati. With a little higher price as well, K1200 S has been selected to be the 9th rank among the fastest motorbikes in the world. For upgrading its original features, there are other available options; for example, the use of 16 valve 4 cylinder engine by producing 164 HP at 10250 RPM to make the motor faster. This motor is a little bigger than Ducati.

Aprilia RSV 1000R came into existence with Australian engine made by Italian company Aprilia from 2004 to 2010. This motor is actually another design updated from the previous one called RSV Mille. Aprilia is very fashionable and handsome, and it is often used for racing competition. The engine uses only 998 cc, but amazingly it produces 175 mph. More details of the motor is its highest outcome of 141 HP at 1000 RPM. No doubt, Aprilia RSV 1000R really deserves being in a list of fastest motorbikes.

It’s been a long time that Japan has always updated a super sport motorbike model to the fastest motor in the world. This is called Kawasaki Ninja. This motor was born to become a real champion among other super sport motors. Though you may not find the sign of Kawasaki on it, it is still a well-made model with 11.352 cc liquid cooled engine which can run 186 mph or 299 kmph. For decades, it has become the best buy motor as well.

Italian Ferrari also produced MV Agusta F4, the super sport motorbike to meet the market demand from motor lovers. However, it is meant to be a serious production to shape this motor for interested customers, who are seeking the fastest speed motorbike. The engine is 200 HP that can run 185 MHP. And don’t look at it because its creative design will only cause your dream if you cannot have one.

Now Yamaha claimed a new generation of R1 on November 3, 2014. Sometimes, people would name this motor the king of road because of a new equipment of 1000 cc engine which incredibly increases higher speed ever. The total powerful running is combined from 4 cylinder 20 valve engine along with a high output of 128 HP, producing the fastest speed of 186 MHP.

To response to Kawasaki Ninja, Honda released a super model of CBR1100XX Super Blackbird made from 1996 to 2007. It is to assure that it becomes the fastest motor in the world. Therefore, drivers are satisfied with its top speed of 178.5 mph. Indeed, even the name is so fascinating with a handsome front face. Some said that CBR1100XX copied some features from Kawasaki ZX-11 to transform itself to the fastest motor.

Don’t ever underestimate MTT Turbine Y2K though it looks a bit different from other motors. It is actually a wheel-driven model powered by a turboshaft engine. Surprisingly, this motor has been recorded in the Guinness as the fastest super motorbike. And now it’s been a long decades already that this model is still in the 3rd rank in the list of fastest motors. Unlike other motors whose jet engine gives thrust to run, this Y2K uses turboshaft engine to drive the rear wheel through a two-speed gearbox and chain and sprocket.

Since 1999, Suzuki Company has produced Hayabusa, a super motor, to gain world’s fame on speed competition. The engine can run up to 248 mph. More than speed feature, producers also focus on the shape design to be the best of the best super motor. And more importantly, it is about glory that Hayabusa aims for. Many people agreed that a motor which runs up to 190 mph is the worst offensive in terms of noise and fuel economy. However, Hayabusa is not in that kind. It shows respect to all passer-by, and least fuel-consuming.

Finally, it comes to the 1st fastest motorbike called Dodge Tomahawk. If you look at its body design, it does not look like a real motorbike. This model was introduced by Dodge in 2003. Now your first glance at it surely causes your impression by the design. If you ask further, you will be shocked to know that this motor feature 500 HP, 8.3-litre V10 SRT10 engine with two front wheels and two rear wheels. At last, it comes to conclusion that it can run 350 mph.

Top 10 Fastest Motorcycles in the World 2014

As opposed to cars, it seems that motorcycles did not evolve with the same speed as cars and that is why nowadays you will notice that while cars have all the latest technologies implemented in their design, motorcycles are still far behind. However, when it comes to bikes they are either luxurious or very fast and that is why in the following paragraphs we will take a closer look at the Top 10 Fastest Motorcycles in the World in 2014.

This little bad boy uses a 1099 CC engine that is capable of producing 160 Horse Power and because of that, it easily ranks as one of the fastest bikes in the world. Using the 4 high efficiency valves of its powerful engine, the Ducati can reach one hundred and sixty nine MPH in just seconds. At the end of the day, if you’re interested in a bike that looks good and is also very fast, then you’ll find there are few other choices that can compete with a Ducati.

Compared to the Ducati, the K1200 S from BMW is just five MPH faster and at the same time, it also comes for a higher price. The commercial edition that is available to the public features a four cylinder and sixteen valve engine that generates 164HP. Design wise, this bike looks astonishing and in fact it’s one of the best looking motorcycles on the market today.

The RSV 1000R is basically an Italian motorcycle that uses an Australian engine. While the combination may be a bit strange in the beginning, you should know that this is one of their best models yet. With a 998cc engine, you’ll be able to reach speeds of up to 176MPH with this little bad boy or should we say bad girl? Since it’s so fast, it definitely deserves a spot in our countdown for the fastest motorcycle in the world and here it is standing proud.

For more than ten years the Ninja has been considered the undisputed title holder of the fastest production motorcycle in the world. The good news is that you can still buy this model because Kawasaki didn’t discontinue it. However, there have been some upgrades and the current model uses an 11.352cc engine that benefits from liquid cooling and it’s capable of reaching speeds of up to 186 miles per hour. Because of its astonishing speed, it’s no wonder why it was the fastest motorcycle in the world for so many years.

When this bike was released for the first time, it was actually manufactured by Ferrari and yes, it’s the same company that nowadays produces some of the most exotic and fastest cars in the world. While it was intended to be a luxury motorcycle, people cared more about its top speed and it seems that speed is a department in which the Agusta F4 does not disappoint. With a powerful 200 Horse Power engine, you could easily reach speed of up to 185 miles per hour in it.

Because of its 1000cc engine, many people call this a true liter class motorcycle. The YZF R1’s engine is a twenty valve and four cylinder powerhouse that has a total output of one hundred and twenty eight HP. Because of that, don’t be surprised that you’ll reach speeds of up to 186 miles per hour when riding it. This is a real racing bike and you won’t be disappointed with it in any way.

While some people call this a tank on 2 wheels, others call it a superbike. At the end of the day though, the CBR1100XX Blackbird ranks amongst the fastest motorcycles that has ever been produced. Its top speed is a jaw dropping 190 miles per hour that is made possible thanks to the 153HP engine. To reach such insane speeds, it seems that Honda has actually collaborated with Kawasaki, borrowing some elements from their fastest bike and implementing them in the Blackbird. And as it seems, this combination has been quite successful.

For a few years it seems that the Superbike Y2K has been the fastest motorcycle in the world and has even been included in the Guinness Book of Records as being the fastest production bike out there. The first model was introduced to the public in the early 2000s and even though more than a decade has passed since then, the Y2K still ranks as one of the fastest motorcycles out you can currently buy. And who can argue with that? With a 320HP engine it can reach an amazing top speed of 227MPH, leaving many other bikes far behind.

The Hayabusa series has been launched in 1999 when the Japanese manufacturer has created a new 1340cc engine that was capable of outputting one hundred and ninety seven Horse Power. Thanks to their precise engineering, the Hayabusa was able to reach speeds of up to 240MPH. This is a speed that’s very hard to match and that is why this model deserves taking the number 2 spot in our countdown for the fastest bike in the world.

There were only nine Dodge Tomahawk units produced and to date, this is the fastest motorcycle that has ever been manufactured. The engine is a massive 500HP V10 titan that has been taken from a Dodge Viper. In theory, the Tomahawk can reach a maximum speed of 350 miles per hour, yet at that point it would practically fly off the road. Currently, there is no other bike in the world that can be compared to the Tomahawk and because of that, it certainly deserves to take the number one spot in this countdown.

With that being said, now you know all about the fastest motorcycles in the world so if speed is your daily cup of tea, any of these will definitely make your dream come true. No matter if you want your bike to look cool or you want it to be fast, you can certainly find your favorite one in this list, so good luck with choosing it!

According to wikipedia, here is the list of the top 10 recent motorcycle land speed records, which all took place on the salt flats of Bonneville, US over the years. These are the official records. 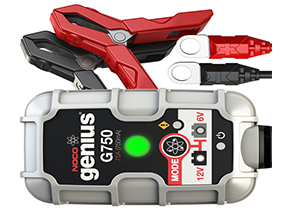 Sometimes you travel to long distances, and before you reach … 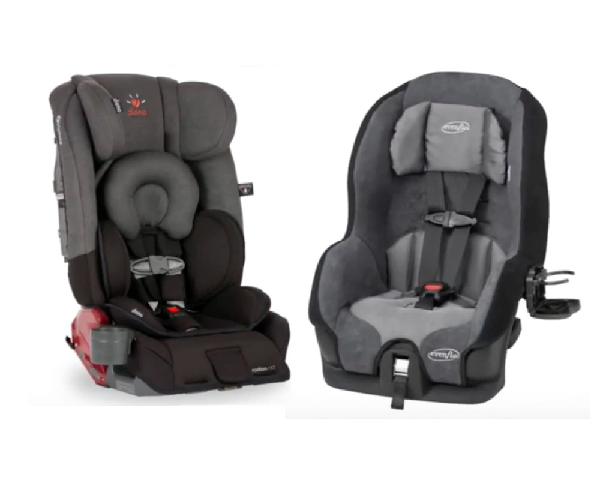 If you want to buy a child car seat but …