One would expect that the best professional video production companies are located in Southern California, particularly in Hollywood, Los Angeles or San Diego. The world of producing video has evolved a lot over the decades, and is not exclusive to Hollywood anymore.

In the past, when people heard the words “video production”, they would think of expensive video capturing equipment, fancy effects, and big budgets. Today, it encompasses more than just that — not only can anyone with the right amount of creative vision and that can afford a simple video camera engage in it, but its endgame goal has shifted. Instead of focusing on the costliest, flashiest results in the market, video producers of all kinds now aim for effective, profitable results.

What is Video Production?

Video production is defined as “the process of creating video by capturing moving images…and creating combinations and reductions of parts of this video in .” In the past, recorded video footage would be stored on video tapes, hard disks, or solid state storage, but with today’s technological advancements, captured video can be stored on the newest electronic media that often allows for easy portability, such as SD cards. Recorded video footage is also now distributed in digital file formats such as DivX (which uses the file format extensions .avi and .divx), Apple QuickTime (.mov), Windows Media Video (.wmv), and more.

Put simply, video production services involve using video content to make a finished video project, such as a television program, commercial, wedding video, corporate video, and more. It involves many different team sizes and setups, shooting styles, and techniques, depending on the purpose of the end product.

What is a Video Producer?

A video producer is, as you may have guessed, anyone who engages in video production. Video producers may work independently for their own personal projects, such as home videos or Internet webcasts, or they may be employed by a video production company. The typical responsibilities of a video producer include: creating and developing audio and video content for whatever their or their employer’s desired project may be; managing their video library; planning when and where they will shoot the raw video footage; reserving and renting equipment; hire additional crew and talent as needed and making transportation arrangements for them; and recording and editing video and sound projects. Editing includes selecting the format for the final output, capturing and importing media, organizing the raw footage to be used, editing video and sound files, adding music, sound effects, voice overs, and visual effects, and adding a title.

Anyone can be a video producer, but only certain qualities define a great video producer. One such quality is that a great video producer can visualize how their project will end. They form a goal, and work backwards in production such as storyboarding, creative direction, and so on to reach it. Another quality is that they use their craft to tell a compelling story, regardless of the type of video being produced. Getting a point across is often not enough; it’s better to reach out to and connect with the audience with an emotionally- and thought-compelling video arrangement. The greatest video producers are also often in a team; each individual video producer has limitations of their own that they cannot overcome by themselves, but in a team, they combine their strengths with others and cover an area that is another video producer’s weakness.

What is a Video Production Company?

Video production companies provide video production services to any client that requests their services. Such companies produce a wide variety of video content, such as television shows, commercials, feature length films, company promotional videos, and more. A video production company makes sure to cover all the bases of production, such as developing a concept for the project, casting calls for on-screen talent, hiring script writers and camera crews, organizing creative direction and project management, and even facilitating larger scale productions.

As was the case with individual video producers, there are several qualities that set an excellent video production company apart from the rest of the pack. Some obvious qualities include skill, experience, and professionalism in customer service. If you’re looking for a video production company that will suit your needs best, it’s a good idea to look into their past work, and how they handle your personal inquiries, that they show they’re honest and willing to work with you on your needs. Being fresh and creative with their results is also a must if you want your end product to stand out from the rest.

What are the different types of video production companies?

Film production companies focus on the production of feature length films and television series episodes. The majority of major film production companies in the United States are located in California. Film production consists of five stages. The first stage development, in which the film concepts are created, rights to any intellectual properties the film may be based on are bought, the screenplay is written, and the financing for the project is greenlit. The second stage is pre-production, in which cast and crew are hired, filming sets are built, and locations are selected. Next is production, where the raw footage is recorded. After that, post-production ensures, in which the images and sound for the film are edited as needed, and visual effects are applied. Finally, there’s distribution, in which the film is screened in theaters, or the episode broadcast on television channels, and later to home video. This production cycle is largely the same for the production of TV commercials for a product or service, music videos for a singer or band, and action-packed sports videos.

What are some Trends in Video Production?

With today’s technological advances, several trends in the video production world have been on the rise and taking it by storm. One of those trends is the use of professionally produced video for online marketing. Adding a video describing a company’s specialty product or service on its landing page can translate into a roughly 74% increase in sales, and it can also connect to potential buyers and engage them. The fact that a marketing video presents and explains a product or service in a conversational form can increase trust between company and buyer, as well.

Another hot video trend is the rise of high-resolution 4K video. Also known as Ultra HD, 4K is a resolution that surpasses the usual high-definition resolution of 1080p (1920×1080) by having twice the amount of pixels as 1080p, and allows for crisper, clearer, more vibrant picture than regular HD. It is used by digital cinema in movie theaters, video game consoles such as the PlayStation 4 and Xbox One, and the new Ultra HD Blu-Ray line of video discs. 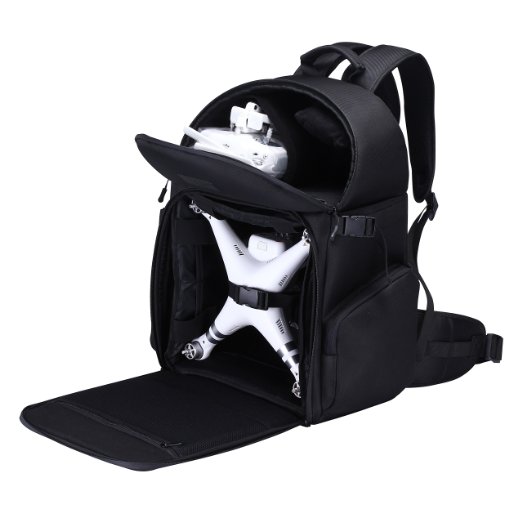 Every self-respecting, serious drone pilot needs to have a drone …