With Virtual Reality goggles all the rage these days, it is time to take a close look at the top 10 best 360 camera reviews. The Oculus Rift virtual reality headset from Facebook is the hottest new device, but now you need the best VR 360 camera to capture those awesome immersive moments to share. Check out our review of some upcoming and newly available 360 VR camera recommendations.

In April 2016 Facebook’s Mark Zuckerberg unveiled their first attempt at a full 360 degree camera. Or I should say cameras, plural, because this baby uses 17 cameras actually. Now if you ask me, I don’t think anyone will carry around one of these, I think this is meant for early developers and professionals like maybe the film industry. But while you won’t be getting your hands on one of these, you can expect other 360 cameras to be available for consumers.

Samsung has also announced they are entering the fray with their version of the Samsung 360 camera, available in late 2016. It will be designed of course to work with your Samsung Galaxy smartphone, aiming for the Samsung Galaxy S7 or S7 Edge, which recently was nominated by Consumer Reports as the best smartphone they have ever reviewed.

Live or recorded, either way, POV (point-of-view) 360 video is the new thing these days. So you will need the best camera 360 rig to capture all the 360 video content. Take a look at some of these selections listed below. 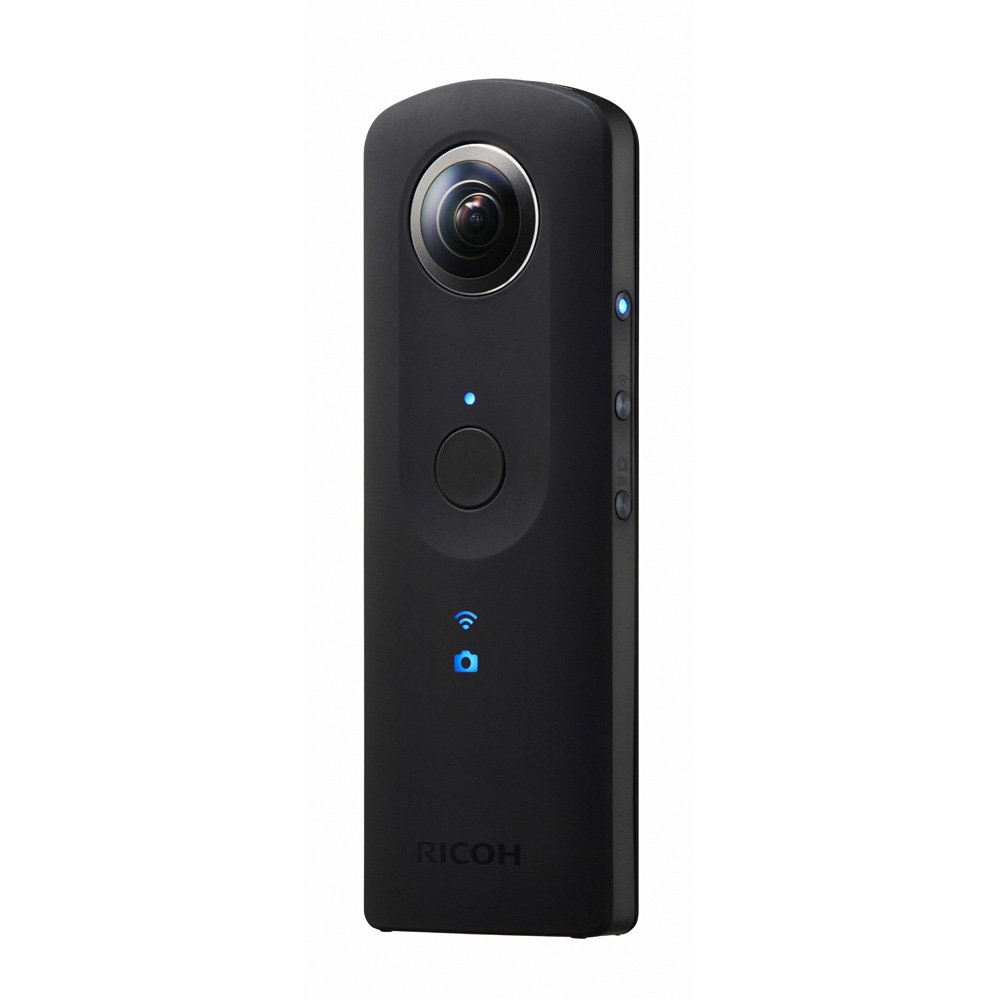 The Ricoh Theta S is at the top of the charts for being one of the best 360 cameras available. Not only that, they’ve been an early pioneer in this niche, and have developed some great technology and polished user experience. It offers dual lenses at 12Megapixels each, paired with f/w twin lenses, and captures full 360 degree video at full HD with a single click. Don’t worry about where you point it, it captures all the way around so it doesn’t matter. That’s why these cams don’t come with a screen.

It features a LIVE video function, which you can pair with your mobile device, and upload your 360 degree spherical video to YouTube in the supported format. It really doesn’t get any better than this one. You can also get various mounts and accessories, so you can take it with you and use it as your adventure cam. 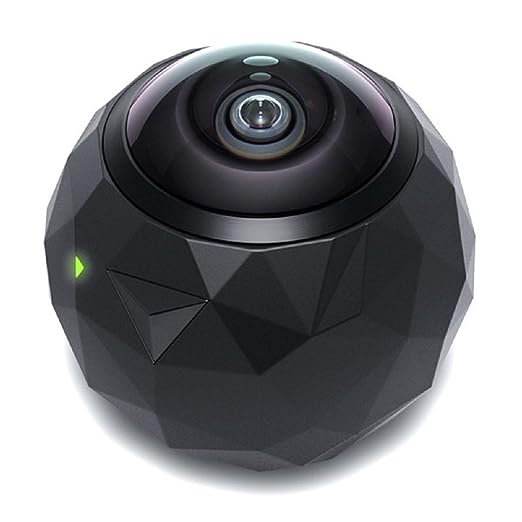 The 360fly 360 degree action camera just looks cool, like you would expect a 360 degree camera to look. Like a ball. Now it just needs propellers so it can hover while it shoots your selfie, a hover cam. Oh well, maybe one day.

For now, you can shoot amazing 4k video using the 360fly action cam, and with its many accessories you can mount it and bring it anywhere. The rugged design is resistant to rain, liquid, sand, sweat and dust, and can handle a 1.5 meter fall. The 360fly 360 Degree Action Camera is totally rad, and giving you a new way to capture, create and share videos, unlike any other camera. 360fly is optimized for mobile and your favorite social sharing platforms. 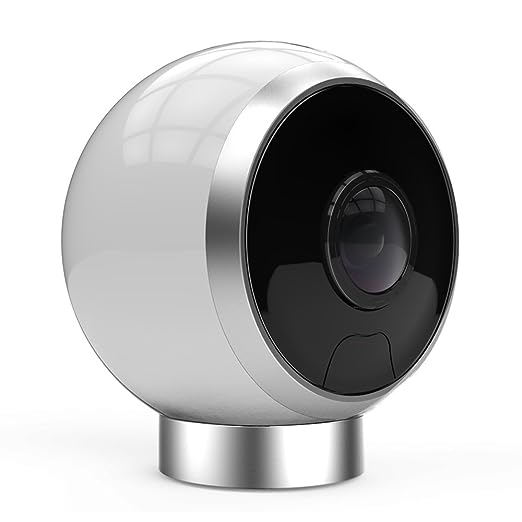 ALLie Home is a camera 360 that allows you to capture everything around all at once. With Wi-Fi connectivity, it allows you to remotely monitor live or record live videos from anywhere using the ALLie Home app (iOS/Android) on your smartphone or tablet. 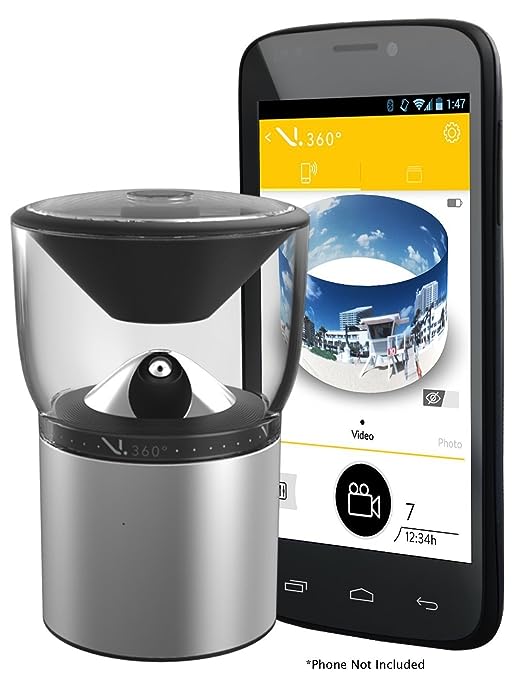 We congratulate VSN Mobile who have been pioneers and visionaries in the 360 degree video world, bringing us another great 360 camera the VSN’s HD Camera Kit. The kit includes the V. 360 Sports Action Camera along with mounts for mountain bikes, ski helmets, surf boards, and others. Offering a true wrap-around full 360-degree lens, the V. 360 camera can capture everything around. You won’t miss any moment, it’s as if you are at the party.

Some of the great features are support for HD resolution, and surveillance mode allowing the camera to automatically begin filming when it senses motion or sound. WiFi, USB, and Bluetooth connectivity lets you hook to your computer or smartphone in several ways. And it supports Micro SD cards up to 128 GB. For travel or adventure, this one is a winner. 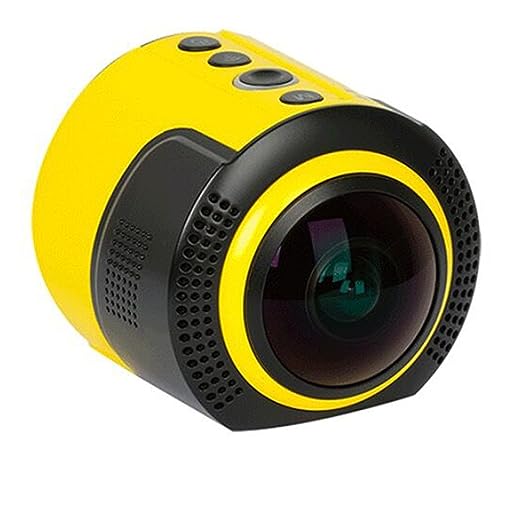 This is a popular and affordable alternative, and quite capable 360 camera for virtual reality or action and sports. It supports multiple modes, using a 236degree by 360 degree panoramic lens. It supports full-HD 1080p, but not 4K. It uses an 8MP image processor, and also has built-i WiFi for smartphone integration. This is a great entry-level camera 360, if you want to test the waters and save some money. 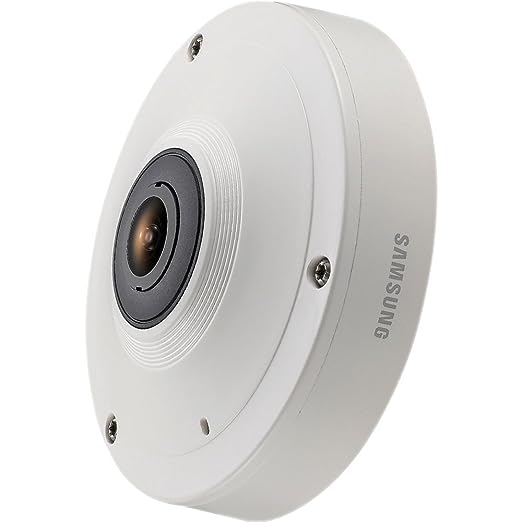 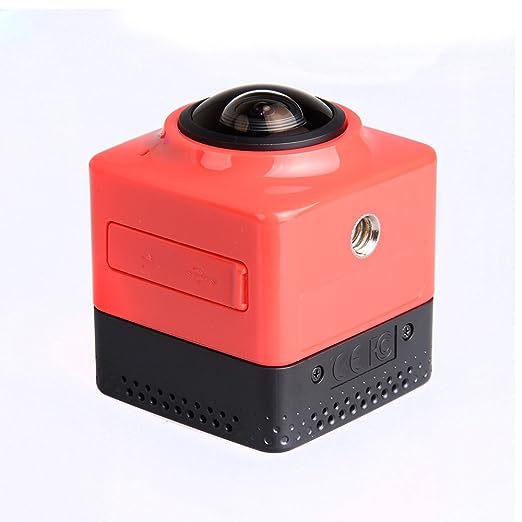 Here’s another cute and affordable entry level choice for 360 camera, the Chenci 360 Mini Sport Action Camera. It is quite affordable, offering fewer features for the money, but still worth a look. It does have built-in WiFi. 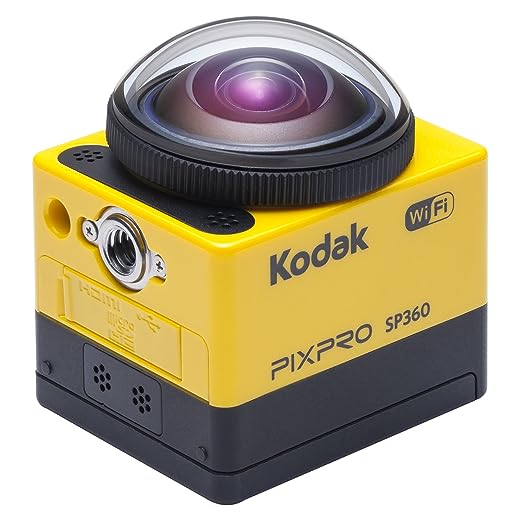 It’s always great to see that Kodak is still in the game, a familiar name representing photographic quality over the years. The Kodak Pixpro SP360 Action Camera is designed to capture everything you love doing, and more. Capturing pristine full-HD video at 1080p, it captures the entire 360-degree perspective without the need for multiple cameras.

It sports a unique wide angle lens, and a powerful 16 megapixel image sensor for the best possible quality. Pair it with your smartphone using WiFi and download the 360 Remote Viewer App. Its shockproof, dust proof, splash resistant, and ready for action. 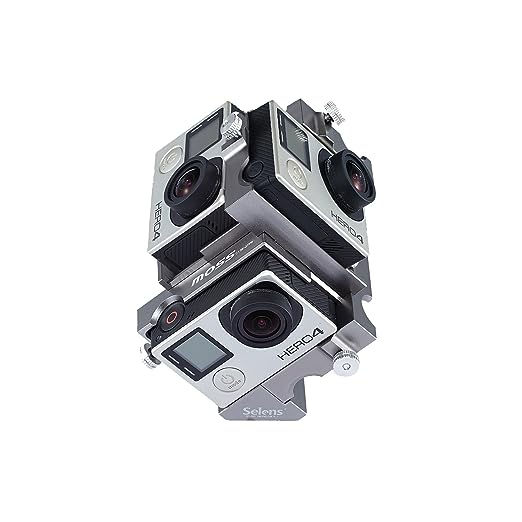 OK, so this is not really a camera but a holder, but we think it’s crazy enough that it’s worth mentioning here. You would need 6 Gopro camera’s to outfit this bad boy. I don’t know anyone who has more than 2 Gopro’s, but you watch, someone is going to use one of these sometime soon and shoot the most epic 360 video shoot we’ve ever seen. Will that be you?

The giant Huawei from China is also going to offer its own mobile VR headset and accompanying 360-degree carrier, as per this TechCrunch article.
Huawei unveiled Huawei VR in 2016, aimed at their high end Huawei smartphones, the P9 and P9 Plus. It is very similar to Samsung Gear, and is getting ready to do battle head to head. The Huawei 360 Camera looks more ergonomic to hold, rather than Samsung ball which is awkward to hold. What do you think?

Using a special camera or attaching a 360 degree lens to your smartphone, it is possible to capture a scene all the way around, like a full panorama picture that goes around in a full circle. This is also referred to as a spherical lens or spherical camera, because it captures light from the scene all the way around and at the same spot. The result is a 360-degree snapshot.

How to view a 360 degree video or photo?

Facebook wants you to use the Oculus Rift headset to view 360 degree videos, and others like Samsung and Sony are also offering their versions of Virtual Reality headsets. But not everyone will use these, after all, who wants to get punched in the gut while you are immersed in a video. Or worse, nut punch!

My favorite way to watch 360 video is using my iPhone, because I can move the phone around and pan and tilt and control the 360 perspective that way. This is kind of like using the VR headset, but just holding the phone with my hands.

Google and Facebook are both entering a ferocious fight to dominate the 360-degree live stream space. Everyone wants to be “the source” or the go-to source for the best 360-live streaming. I predict soon you will see Apple enter the mix, as well as Samsung I believe will offer their own live-streaming service for users. But for now, the two main choices are Facebook, which in 2016 launched the Facebook Live Video service, and Youtube which has had live video for quite some time, but not so many people might know about it. Kudos to Facebook for getting so much attention and making themselves appear as “innovators” when actually they are just following google/youtube.

Read this article from TechCrunch about Youtube launching its own 360-degree live streaming service.

What kind of 360-degree live stream content will you find on Youtube or the Facebook? There will be lots of user generated content for sure, Timmy’s birthday or Sally’s soccer game. Oh boy, the airwaves are about to get flooded with insane amounts of senseless live traffic that no one cares about and just will slow everyone else down who is sharing the airwaves. Good luck with that one. IN ADDITION, there’s the professional content providers like professional sports or American Idol. Live TV is coming to a Facebook Live channel near you.

You can BET that Zuckerberg and Facebook is going to get into the content creation business very soon, probably launching a mini-series drama available exclusively on Facebook. Just like Amazon and Netflix have done, create their own exclusive content. You can be that we will continue monitoring this trend. Just as Steve Jobs pioneered animated film making through Pixar, it is conceivable that Zuck will one day pioneer the new medium of 360-video by pushing the boundaries of the technology and the production process and 360 cinematography. One day you may hear the “Winner of the 2020 Academy Award for best 360 Cinematography – Zuckerberg Studios.” 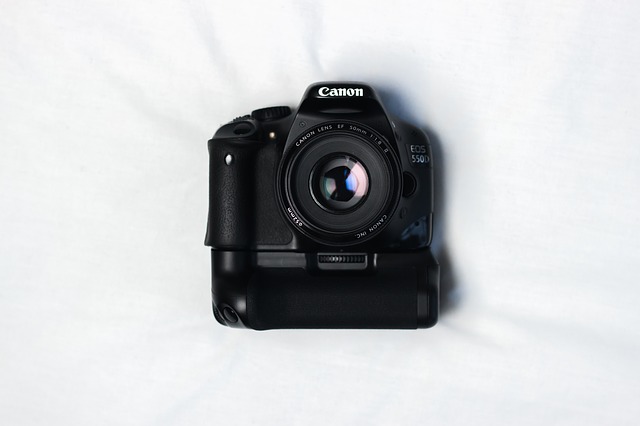 Photography allows you to capture interesting and beautiful moments that … 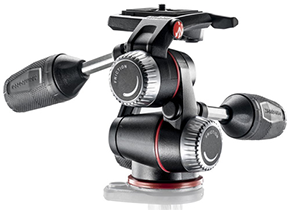 To shoot high-quality image is not an easy task. You …