Most people always set a goal to go around the world when they stop working. It is one of a good habits to taste what life means to be. By seeing, experiencing, enjoying new things , life is more meaningful before you die. Therefore, here are the top 10 cities that you should visit before everything changes.

1. San Francisco, USA:  was found on June 26, 1776 which is the city by the bay is laden with adventure and attractions, whether it be a ferry ride to Alcatraz, sampling the cuisine of Little Italy, or exploring the hills that surround the city.  San Francisco encompasses a land area of about 46.9 square miles (121 km2)  the northern ends and the San Francisco Peninsula, giving it a density of about 17,867 people per square mile (6,898 people per km2). San Francisco is home to one of the most ethnically and culturally diverse communities in the United States, making it an amazing place to visit. Be sure to get breakfast at Mama’s before heading onto Coit Tower and the Golden Gate Bridge.

2. Chiang Mai, Thailand: King Mengrai founded the city of Chiang Mai (meaning “new city”) in 1296 on the location of an older city of the Lawa people called Wiang Nopburi.Chiang Mai succeeded Chiang Rai as the capital of the Lanna kingdom. The ruler was known as the Chao. Chiang Mai gained prominence in the political sphere in May 2006, when the Chiang Mai Initiative was concluded here between the ASEAN nations and the “+3” countries (China, Japan, and South Korea).Chiang Mai is far greener and quieter than other cities in Thailand. The ‘Rose of the North’ township encapsulates much of what is unique and breathtaking about Thailand, including magnificent temples.In recent years, Chiang Mai has become an increasingly modern city and has been attracting over 5 million visitors each year, of which between 1.4 million and 2 million are foreign tourists (depending on the year).

3. Lisbon, Portugal: Lisbon is the capital and the largest city of Portugal with a population of 547,631 within its administrative limits on a land area of 84.8 square kilometres (32.7 sq mi).  Lisbon is both Medieval and Moorish in design, sitting on a luxurious beach that’s hard to beat in the summer. The city is overlooked by the gargantuan Caste of St. George. This same traditional architecture is found throughout the city, including in the century-old wooden trams.Lisbon is recognised as a global city because of its importance in finance, commerce, media, entertainment, arts, international trade, education and tourism.Lisbon is one of the oldest cities in the world, and the oldest city in Western Europe, predating other modern European capitals such as London, Paris and Rome by hundreds of years.

4. Sydney, Australia: is the state capital of New South Wales and the most populous city in Australia. It is on Australia’s south-east coast, on the Tasman Sea. In June 2010 the greater metropolitan area had an approximate population of 4.76 million people.While Sydney is a sprawling city, it remains largely dominated by nature, with national parks carving their way through the ports. The luxurious beaches, amazing weather, and nightlife make Sydney an unforgettable destination.Sydney has hosted multiple major international sporting events, including the 1938 British Empire Games (now known as the Commonwealth Games).

5. Cape Town, South Africa: Cape Town is the second-most populous city in South Africa, after Johannesburg, and the provincial capital and primate city of the Western Cape. Located on the shore of Table Bay, Cape Town was originally developed by the Dutch East India Company as a victualling (supply) station for Dutch ships sailing to East Africa, India Cape Town is unique getaway, surrounded by glistening seas and pristine beaches on one side, and a breathtaking mountain range on the other. The city is by far one of the most cosmopolitan in Africa, stemming from its colonial roots, which one can still see in the architecture today.

6. St. Petersburg, Russia: city in Russia, politically incorporated as a federal subject (a federal city). It is located on the Neva River at the head of the Gulf of Finland on the Baltic Sea. In 1914 the name of the city was changed from Saint Petersburg to Petrograd St. Petersburg has been called Russia’s window to the West. Unlike Moscow, which features red bricks and domes, St. Petersburg’s canals and neoclassical architecture was designed by Italians, giving the city a European look. It also has a European feel, with modern art galleries and underground clubs, which make the city a spectacle at night.

7. Barcelona, Spain: Barcelona is the capital city of the autonomous community of Catalonia in Spain, and its 2nd largest city, with a population of 1.6 million within its administrative limits. Founded as a Roman city, in the Middle Ages Barcelona became the capital of the County of Barcelona. After merging with the Kingdom of Aragon, Barcelona continued to be an important city in the Crown of Aragon. Now, Barcelona is a city that combines both the old and the new in a magnificent fashion. Much of the city is as it was centuries ago, with narrow streets everywhere you look. On the beachfront, you’ll find the modern luxuries and unparalleled resorts.

8. Buenos Aires: Buenos Aires is the capital and largest city of Argentina, and the second-largest metropolitan area in South America, after Greater São Paulo. It is located on the western shore of the estuary of the Río de la Plata, on the continent’s southeastern coast. buenos Aires is one of the 20 largest cities in the world. It is, along with Mexico City and São Paulo, one of the three Latin American cities considered an ‘alpha city’ by the study GaWC 5. Argentina has the third best quality of life in Latin America. Buenos Aires’ quality of life is ranked 81st in the world, with its per capita income among the three highest in the region.It is the most visited city in South America (ahead of Rio de Janeiro) and the second most visited city across Latin America (behind Mexico City).It is also one of the most important, largest and most populous of South American capitals, often referred to as the Paris of South America.

9. Florence, Italy: Florence is famous for its history: a centre of medieval European trade and finance and one of the wealthiest cities of the time. Florence is a city, seemingly paused in the past. This beautiful Renaissance city is home to some of Italy’s – if not the world’s – best museums, galleries, cathedrals, churches, squares, and shops. The Cathedral of Santa Maria del  Fiori and Piazza della Signoria serve as a good stepping stone into this amazing city.Florence is an important city in Italian fashion, being ranked in the top 50 fashion capitals of the world;furthermore, it is a major national economic centre,as a tourist and industrial hub. In 2008, the city had the 17th highest average income in Italy.

10. Berlin, Germany: is the capital, city of Germany and one of the 16 states of Germany. With a population of 3.4 million people, Berlin is Germany’s largest city, the second most populous city proper, and the seventh most populous urban area in the European Union Berlin is a world city of culture, politics, media, and science, hosting 147 foreign embassies. Its economy is primarily based on high-tech industries and the service sector, encompassing a diverse range of creative industries, research facilities, media corporations, and convention venues.

Just like London and Paris, Berlin is the centre of centuries worth of unique culture, art, and architecture. Berlin is a time capsule, including the remnants of time periods from the medieval to the modern and from Brandenburg Gate to the Berlin Wall. Explore the underground and you’ll find some of the most exhilarating non-stop nightlife anywhere in the world. 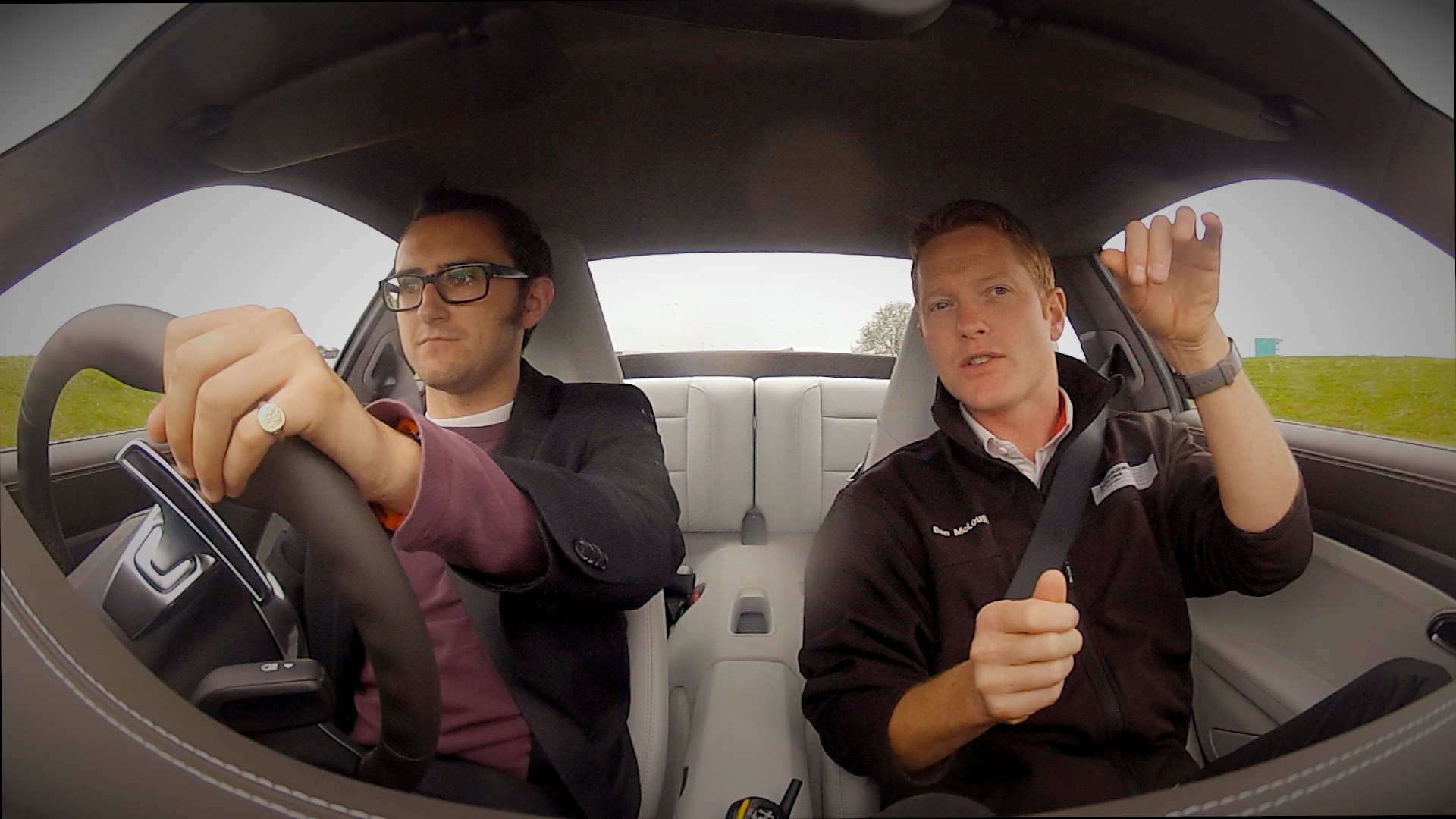