If you’re searching for your favorite Bollywood stars, here is the top 10 list of actors which are considered the most famous Bollywood Indian Actors.

Bollywood shines even brighter because of all the artists behind it; the actresses who lie behind the curtain call yet take the limelight as they relive their respective portrayals. But they definitely won’t be on their success alone, not without the remarkable Bollywood actors. Bollywood is complemented by these outstanding actresses and actors in India.

We’ve come across hundreds of Bollywood actors but only ten made it to the list; actors who have kept up with their popularity and career success throughout the years. Who are they, then? Keep scrolling!

Let’s start off with the 10th actor in our list, Ranveer Singh. He debuted in 2010 with his first leading role in the romantic-comedy movie Band Baaja Baaraat. The said movie also made him won over 10 awards in different categories. Just with his first movie and first ever lead role, it had a huge turning point in his career.

In the succeeding years until today, Ranveer Singh’s been into various Bollywood movies which were all successful such as Gunday, Bajirao Mastani, Goliyon Ki Raasleela Ram-Leela and Lootera. Currently, Ranveer is busy filming for his new movie Befikre which will be released in December this year. Photo Source: www.pinkvilla.com

Hrithik is quite familiar how the film industry works as he started his career with minor roles at a very young age back in 1980s. He had a breakthrough when he debuted in a leading role back in 2000 with the movie Kaho Naa… Pyaar Hai. The film was the most successful Bollywood film in 2000 wherein his performance was praised and made him win several awards such as Best Actor and Filmfare Aware for Best Debut.

Since then, his career has been on its peak. Though, in an artist’s career, failures are inevitable. He had his rough time in the industry and made unsuccessful films. However, he had his feet back on in 2003 and made more successful films.  Koi… Mil Gaya, Krrish, Dhoom 2,  Jodhaa Akbar ,Guzaarish a Zindagi Na Milegi Dobara (2011), Agneepath (2012), and the superhero film Krrish 3 are some of his successful films and even made it one of the highest-grossing Bollywood films. Photo Source: www.dnaindia.com

Emraan Hashmi is one of the long-time running actors in the Bollywood film industry. Prior to his acting career, he had established a career in directing, as an assistant director, for some movies back in 2002. Then, in 2004, Emraan had his break in the acting industry. He had been nominated multiple times for his performance in acting, won some awards which made him one of the most popular and highest-paid actors in Bollywood.

He started off with minor roles but 2004 was the year he had his first ever lead role in a film, Murder, which was a great success. In the subsequent years, he had a lot of movie projects though not all made it to the box office. Some of his movies are Raaz: The Mystery Continues (2009), The Dirty Picture (2011), Murder 2 (2011), Dil Toh Baccha Hai Ji (2011), Jannat 2 (2012), Raaz 3 (2012), and Ek Thi Daayan(2013), Once Upon a Time in Mumbaai(2010) Shanghai. Emraan’s portrayals in these movies were all out of the usual and could be considered challenging. However, he was highly recognized due to his excellent performances. Photo Source: www.etcfn.com

Randeep could be one of the hottest senior actors in Bollywood with all his incomparable success in the industry. Nevertheless, Randeep Hooda is sure one of the best examples on “working your way to the top”.
Randeep Hooda debuted in the industry in 2001 but his career didn’t push through unlike other actors who did in their first try. He started off with a film but had to wait four years for the next project.

In the meantime, to support himself financially, he entered modelling, theatrical plays and TV commercial projects. He laddered towards success; taking things step by step. Finally, in 2005 he was given another huge break. He was given a lead role for the movie D which turned out successfully. Then, in 2006 and the succeeding years, tons of movie projects had been offered to Randeep including Darna Zaroori Hai, Risk, Ru Ba Ru, Love Khichdi, Once Upon a Time in Mumbaai. Saheb, Biwi Aur Gangster, Highway, Sarbjiit and his latest and most successful film so far, Sultan. Photo Source: www.masala.com

Taking the 6th spot is the Bollywood actor Ajay Devgn. Ajay has made over a hundred films in Bollywood! How amazing is that? Well, no doubt, he’s one of the most popular and highest-paid celebrities in India!
Ajay has been in the industry for quite a long time.

He started his career in 1991 in a lead role for the film Phool Aur Kaante. Since then, Ajay’s fame has been unstoppable. With a lot of movie projects he had made including the successful films Jigar (1992), Dilwale (1994), Suhaag (1994), Naajayaz (1995), Diljale(1996) and Ishq (1997), Zakhm and  Hum Dil De Chuke Sanam, of which gave him the trademark in the film industry and probably the most successful film he had.

From all of his achievements in the film industry, he definitely had earned so much. He’s the very first Bollywood actor to have owned a private jet that he uses to conveniently transport for shooting locations, promotional activities and even personal trips. Photo Source: www.bollywoodlife.com

This Bollywood actor has been in the industry since 1987 and he’s not more of a serious type. He’s very well known as one of the most entertaining and probably, the funniest actor in Bollywood. Well, that must have made him one of the most popular actors in India!

Though he’s well recognized with his comical roles, Rajiv Hari Om Bhatia or commonly known as Akshay Kumar, has also portrayed roles for action-thriller and romantic films. In all his excellent performances, he had won a total of 48 awards in various categories. His most successful film, so far, is his 2016 movie Airlift which had garnered positive reviews from the critics and viewers. It had also topped many movie listings for the best movies in 2016. His performance as the lead character was widely recognized. His portrayal was praised and critically commended as one of his best performances.

Due to his blockbuster hit movies, Akshay is one of the highest-paid actors not only in Bollywood but globally, with a total of 33 million dollars which is actually much more than what Hollywood actors, Johnny Depp, Brad Pitt, Leonardo Dicaprio and Dwayne Johnson earn. Photo Source: www.filmactorphoto.com

Abhishek Bachchan is the 4th in our list. Seems like Abhishek’s future had been already foretold long before he was born. Why is that? Well, if you’re the son of one of Bollywood’s veteran actors, such as Amitabh Bachchan, then you’d probably be expected to end up on the same career. And it actually did with Abhishek. His parents are the renowned Bollywood artists, Amitabh Bachchan and Jaya Bhaduri Bachchan.

It was in year 2000 when he started his career in acting. It didn’t take off so well as most of his films back then were unsuccessful. 2004, however, was his huge break with his action-thriller film Dhoom where he portrayed the lead role. The movie was a blockbuster hit and since then, his name in the walls of the Bollywood industry has been established. In the subsequent years, Abhishek had continued filming successful projects such as Bunty Aur Babli (2005), Dhoom 2 (2006), Guru (2007), Dostana (2008), Bol Bachchan (2012) and Housefull 3 (2016). Dhoom 3 (2013) and Happy New Year (2014) were one of the highest-grossing films in India. From all of his performances, he had won 48 awards and received 27 nominations.

Abhishek is married to the popular Bollywood actress and former beauty queen, Aishwarya Rai. Because of their impeccable popularity in India, the couple were nicknamed as the “Brangelina” of Bollywood. Photo Source: mrpopat.in

With the total of 78 awards for excellent performances in various categories and 72 nominations, no doubt Salman’s one of the most popular and most successful actors in Bollywood!

Behind the success in his career were some controversies that brought huge impact in his career. He was involved in several marriage and relationship issues and legal cases. Photo Source: www.dnaindia.com

We’re so close at our top Bollywood actor but we’ll first go on with the 2nd on our list, Shah Rukh Khan.
He was nicknamed “King of Bollywood” or “King Khan”. Well with 222 awards won and 102 nominations, you would never doubt he’s the King of Bollywood! All hail, King Khan! He truly deserves that title, by the way.

He first set his foot on Bollywood in year 1992 with his film Deewana. Right after that, he had various movie projects, more on the romantic films which made him earn his unreachable fame. He had over a hundred films but his most remarkable performances were from the films Devdas (2002 Swades (2004), Chak De! India (2007) My Name Is Khan (2010, Chennai Express (2013) and Happy New Year (2014). These are some of the highest-grossing movies in India. And with his total earnings and fanbase, he’s recognized as one of the most successful movie stars in the world! Photo Source: www.hollywoodreporter.com

And the 1st spot goes to, Amitabh Bachchan!
Amitabh Bachchan truly deserves our number one spot for several reasons; he’s been in the film industry the longest time, he’s been consistently successful for the past four decades, he has had exceptional experience in the acting industry, he’s also a singer, producer and television presenter. No wonder he’s called the “Star of the Millenium”, the “Big B”, the “Shahenshah of Bollywood” (Kings of Kings of Bollywood) and the most influential and greatest actors of all time!

His performances have never been the best, the greatest rather, which made him earn numerous accolades, 214 awards to be specific. With hundreds of movie projects he had done, he’s well known with the Bollywood movies Anand, Namak Haraam, Amar Akbar Anthony, Don, Agneepath, Hum, Mohabbatein, Aks, Black, Paa, and Piku. Photo Source: www.desimartini.com 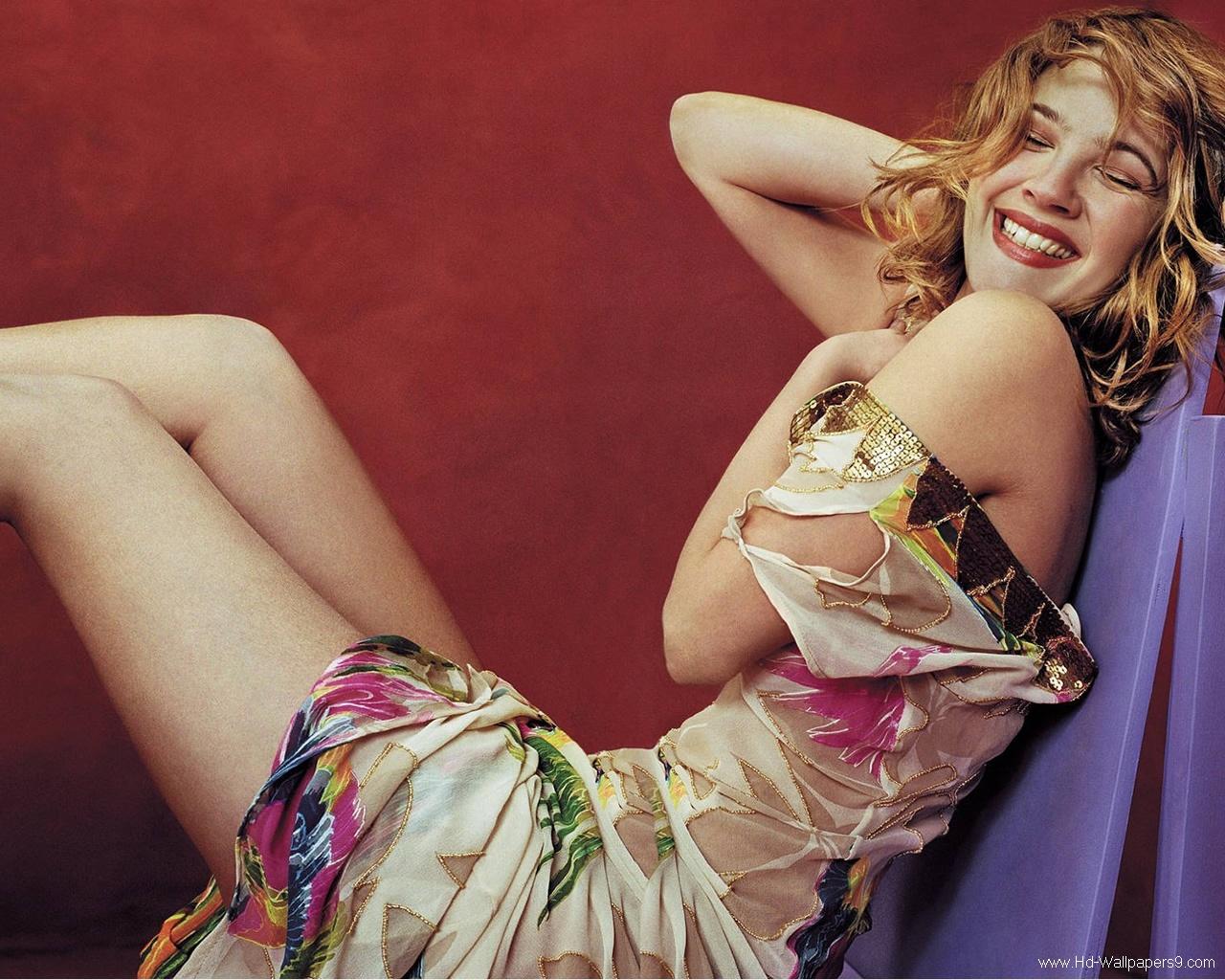 Hollywood is a place that gathers many beautiful, famous and … 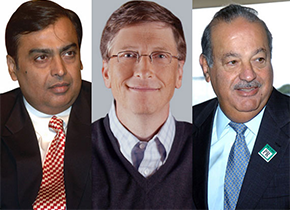 Most people believe that the richest men in the world …