The Chinese actress, Zhu Zhu, has been rocketing to fame ever since she starred in the remake of the American film, What Women Want in 2011. As she continues to impress audiences with each new film, there are many things that we can’t help but adore about the bold and daring star. Here are the top 10 favorite things we love about Zhu Zhu.

1. She Started Playing Piano When She Was 3

One of Zhu Zhu’s earliest passions was playing piano. Just months after she could walk, she was already mastering a musical instrument at the age of 3. This was the same age that Wolfgang Amadeus Mozart also began to play on the keys. The piano inspired her to write her first musical theater production, Beauty and the Beast.

In Chinese, her name literally translates to “red pearl.” In China, red is thought of as a very lucky color that brings good fortune to people. The pearl traditionally means perfection. With her flawless looks and talents, her name matches perfectly. Often mispronounced as ‘Zoo Zoo,’ the correct pronunciation is closer to saying ‘Drew Drew.’

3. She Studied Electrical Engineering in College

Following her family’s requests, Zhu Zhu was originally destined to be an electrical engineer. She began studying it in college, intending to earn her way into the field. However, she just couldn’t stay away from the performing arts. She dropped out of college after only a few terms to pursue her acting career.

4. She Writes Her Own Plays

We may know her primarily as a starlet on the silver screen, but Zhu Zhu also has a passion for play writing. The multi-talented actress began her career in the theater. Her first stage production was Beauty and the Beast. She directed, wrote, and starred in it in high school. Not able to let go of her love for the stage, she still writes plays and has expressed a desire to get back to her theater roots.

5. She Won 3rd Place in a National Singing Competition

When she was a young girl in middle school, Zhu Zhu climbed her way up to 3rd place in a highly competitive singing competition in China. Her angelic voice caught the ears of many producers at the competition. This early success marked the very beginning of her entertainment career.

6. Her Favorite Singer is Frank Sinatra

The straight talking actress loves a sweet, romancing song every now and then. Frank Sinatra has been one of her favorite singers since she was a child. Her music library is full of the American legend’s greatest hits. It’s one of her most prized collections.

7. She Carries Around a Lucky Charm

Wherever she goes, Zhu Zhu always carries her lucky charm with her. The object is a small statue of the Hindu god, Ganesh. Zhu Zhu says that she must have it with her at all times or else bad things will happen. She affectionately calls it her guardian angel.

When she isn’t busy starring in movies and strutting on the red carpet, Zhu Zhu loves to visit the horse stables. She grew up riding horses and has always had a deep love for animals. In an interview, she said that she had to stop riding to focus on her career. It wasn’t until she began training for the movie Marco Polo that she was able to get back into it.

9. She Got Her Start on MTV

Her first big exposure to the world was on China MTV. She was hired to be a VJ host for the show and rocketed to fame from there. Her spunky, straight-forward personality and stunning good looks won her a fan base almost immediately.

10. Meryl Streep is Her Role Model

The star has reportedly said that Meryl Streep is her greatest inspiration. Ever since she saw her first Meryl Streep movie, she has aspired to become a serious actress. Zhu Zhu actually got to meet her role model recently at a red carpet event.

Zhu Zhu will be releasing her latest film, Tubelight this year. She stars opposite famous Indian actor Salaman Khan. The two will apparently be sharing a few kisses on screen. As her career continues to blossom, we can’t wait to find out more about the multi-talented star. 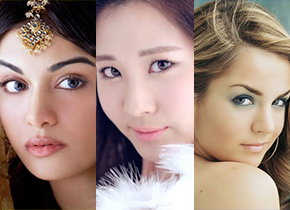 We all know that beautiful women can be found in … 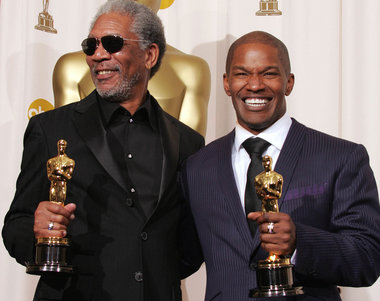 Any list of the most popular Hollywood actors has to …